The monument to Sir Randal and Lady Eleanor Brereton in St Oswald’s church at Malpas in the county of Chester is widely acknowledged as one of the finest – if not the finest – examples of Chellaston work in existence. Thought to have been created around 1522, about eight years before Randal’s death in 1330, it may well be a precise likeness of the lord and his wife and, if so, invites us almost to look upon the faces of those long gone and consider their lives in great detail.

This tomb surely is a peerless example of its type. It is not only immensely accurate in its portrayal of the armour and fashion of the early sixteenth century, it also possesses an exquisite lightness of touch by the sculptor. This is the statement of a craftsman in his prime, able to capture everything from the weighted fold of chain mail around the waist to the languid appearance of a small dog supporting Lady Eleanor’s clothes.

The tomb takes the form of a large casket, bearing likenesses of the lord and his wife. Sir Randal rests on a helmet bearing the family crest of a muzzled bear; his feet are borne upon a lion. Lady Eleanor rests upon a padded cushion supported by attendant angels of heart-rending beauty; in the folds of her dress, two small dogs can be seen which may by symbols of fidelity or have been family pets of which she was particularly fond. Around the casket, weepers lament their passing, comprising their own children; four bedesmen from the hospital founded by Sir Randal; a schoolmaster and a priest.

A tour of the tomb – Sir Randal Brereton

A tour of the tomb is akin to walking with ghosts, each element as vibrant and as accurate as the day the Breretons were living, each detail acutely observed. Sir Randal, for example, wears armour of the highest quality – from the articulated sabatons on his feet to the mail shirt below his body armour.

His collar is magnificent. Bedecked by repetition of the letter S, it shows that Sir Randal is loyal to, and a significant figure within, the House of Lancaster.

This motif, referred to as the “Collar of Esses”, can also be seen in the Holbein portrait of Sir Thomas More; at its lowest point on Randal’s chest can be seen the rose of Lancaster. The “S” may indicate the word “Soverayne” although the first known example of this decoration is that shown on the tomb of Sir John Swynford (d. 1371), younger brother of Hugh, the first husband of Catherine Swynford, later to marry John of Gaunt. The chain may reflect Sir Randal's role as Chamberlain.

Collar of Esses - a symbol of Lancastrian power

To his side we see that he has removed his gauntlets and his dagger, suggesting that here lies a knight at peace, tender in his devotion to God and the love of his wife. He has put down his arms in life and lies now at rest, his feet upon the lion, a symbol of power, strength and justice. The lion also represents the resurrection of Christ, linked to a mediaeval belief that dead lion cubs were brought back to life after three days by the breath of their mothers.

Yet it is the crispness of the detail which astounds the visitor; the carved rope-work on the sword pommel; the jewels on the dagger handle – protection against evil – are like great diamonds; the fluting of the armour is as meticulous as any beaten panel. Sir Randal’s face, is clean-shaven and serene in death, he is almost saintly in his devotion; his hair beautifully combed. The sublime added detail in which the lion’s tail splits to bear each of Sir Randal’s feet is simply exquisite – the gentlest of touches to bear the stoutest of warriors in his armour.

A tour of the tomb – Lady Eleanor Brereton

Lady Eleanor is of equal magnificence. Her head alone is a tour de force: an astonishing headdress, a beautiful necklace and her prayers borne aloft by two angels supporting the cushion on which she rests. Her hair, in the style of the day, is drawn back high on her forehead and fashioned with ribbons; her neck bare, yet adorned with a beautifully fashioned necklace.

Her flowing dress is equally magnificent; in particular, the cords from her dress, the way the string and knot-work is executed, not to mention her own belt bearing the rose of the House of Lancaster to which she, like her husband, is loyal.

The execution of the folds in the dress by the craftsman are an astonishing achievement; not simply because of the way the material is draped round her form but also because they hang lower than her feet, suggesting she is floating. Then there is the great touch at the bottom where, hidden in the folds can be found the two dogs. These dogs, symbols of loyalty and faith, are also there as guides for Eleanor through the kingdom of the dead. She is safe in their paws till she reaches the arms of Christ.

Yet there is something about Lady Eleanor which really intrigues. We can see by the way that the craftsman has created her that she is also a powerful woman, not some demure added trinket in world of masculinity. To look upon her is to see a magnificent administrator, a strong woman and more than able to hold her own.

In commissioning this monument, Sir Randal clearly wanted to portray a familial authority to these Cheshire border lands. Though women are less well documented than men in the Middle Ages, we can see by sculptures such as this that it would be a mistake to regard them as anything other than powerful contributors to familial and estate management in those far-off times.

The tomb itself gives an insight into the life of those it celebrates. An inscription around the edge, in Latin, translates, “Here lie Randal Brereton, Knight Banneret and Chamberlain of the County of Chester and the Lady Eleanor his wife, which said Randal and Eleanor, while yet living, had this tomb made, to wit at the feast of St Michael the Archangel AD 1522, on whose souls may God have mercy, Amen.”

It is known that Sir Randal fought at the sieges of Therouanne and Tournai and at the Battle of the Spurs (1513) and was knighted there. He was also Knight Banneret to the body of Henry VII and held significant positions in Cheshire.

It is clear from the quality of the Brereton monument that Sir Randal and Lady Eleanor were not only highly trusted but were among the higher echelons of Cheshire, and notional, society in the early sixteenth century. Sadly, their son William was not to be so lauded; he was later to be accused by Henry VIII of being too friendly with Anne Boleyn and, on 17th May 1536, was executed despite the evidence offered being barely robust.

The Brereton tomb is a fine example of Chellaston work. Chellaston in Derbyshire was the centre of the English alabaster industry from between 1360 and 1460 and gained an international reputation with blocks being sailed down the Trent and exported to Europe. Alabaster, a form of gypsum, was easy to carve; as can be seen from the tomb, it has a flexibility of manipulation not unlike lime wood in carpentry. It is thought that the majority of carving of alabaster was undertaken in Nottingham. It is interesting to note that gypsum also plays a key part in the production of “Burton beer”, where it adds a particular clarity and sparkle to ale which is found nowhere else in Britain.

The church of St Oswald, where the Brereton tomb can be found, is justifiably listed as a Grade 1 building.

A fine example of a sixteenth century Cheshire sandstone church, it contains much to please the visitor including an ancient iron bound chest with decorative strap work, fifteenth century stalls and misericords (including one featuring a mermaid), fabulous wooden ceilings with quatrefoil decoration and angels and wonderful carvings both inside and outside the church, including those showing the muzzled bear of the Brereton family. It is clear that there was once a much earlier church on this site; the location of an ancient Norman motte immediately next door indicates that here at Malpas is indeed a site of great antiquity. And all around you can feel it.

Michael Smith read history at the University of York and is an historian, printmaker and translator of fourteenth century Middle English poetry.

His translation of Sir Gawain and the Green Knight was published by Unbound in 2018; he is currently translating the Alliterative Morte Arthure, a poem written during the time of Richard II and Henry Bolingbroke which publishes in September 2020.

Slide show of details from the Brereton Tomb 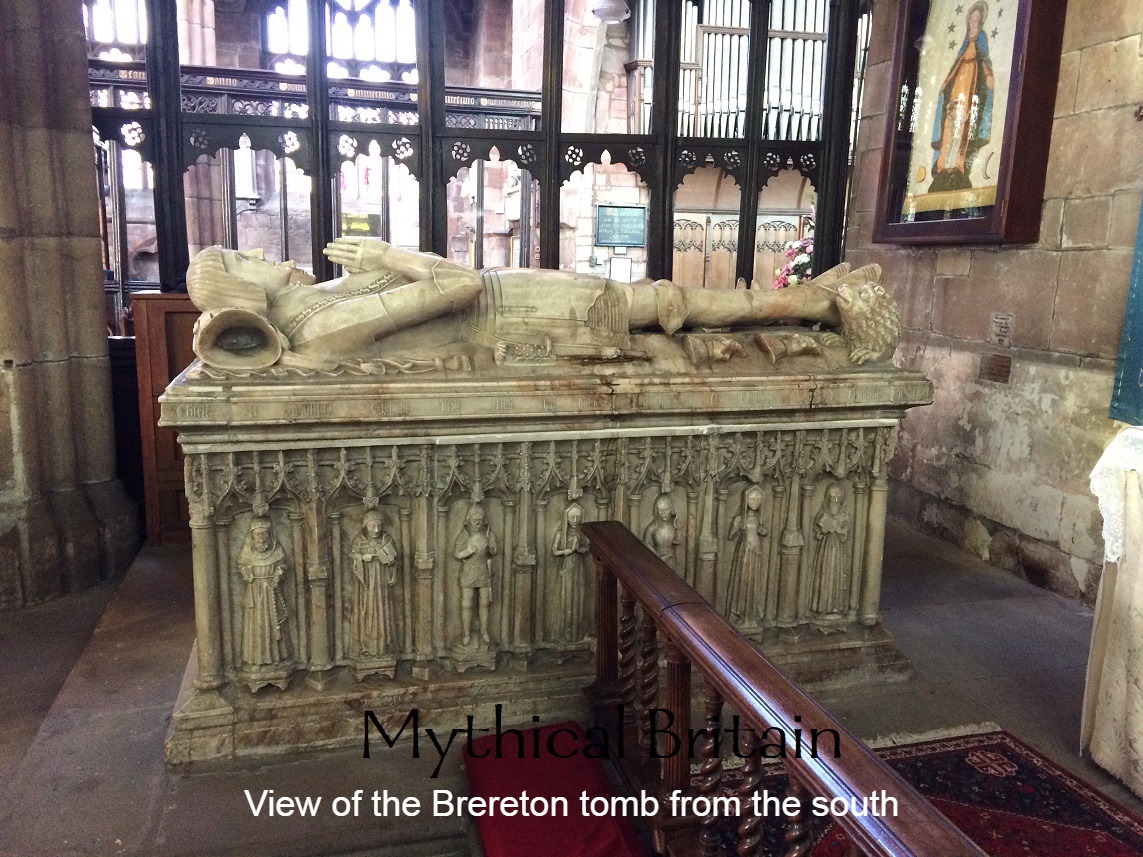 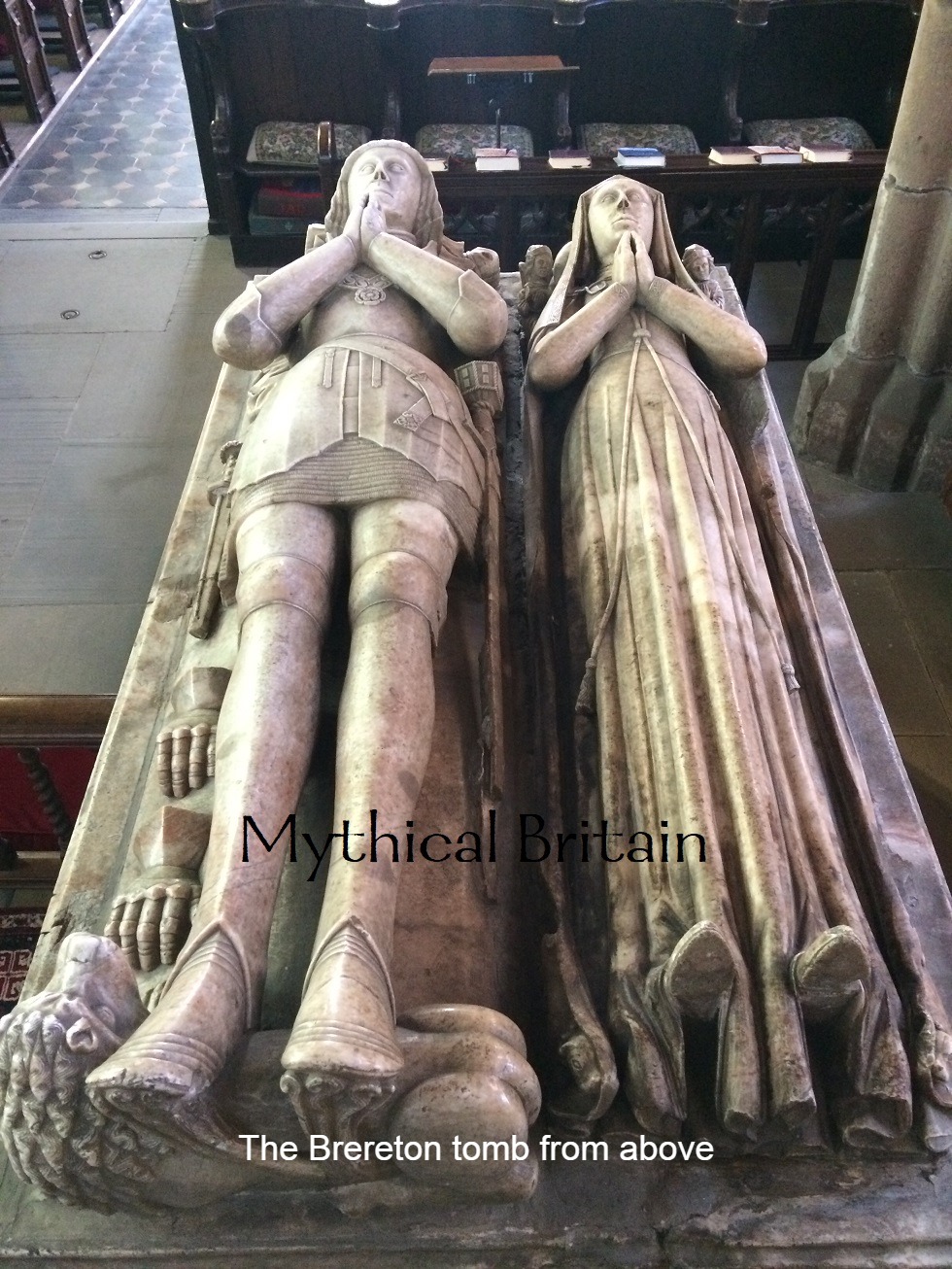 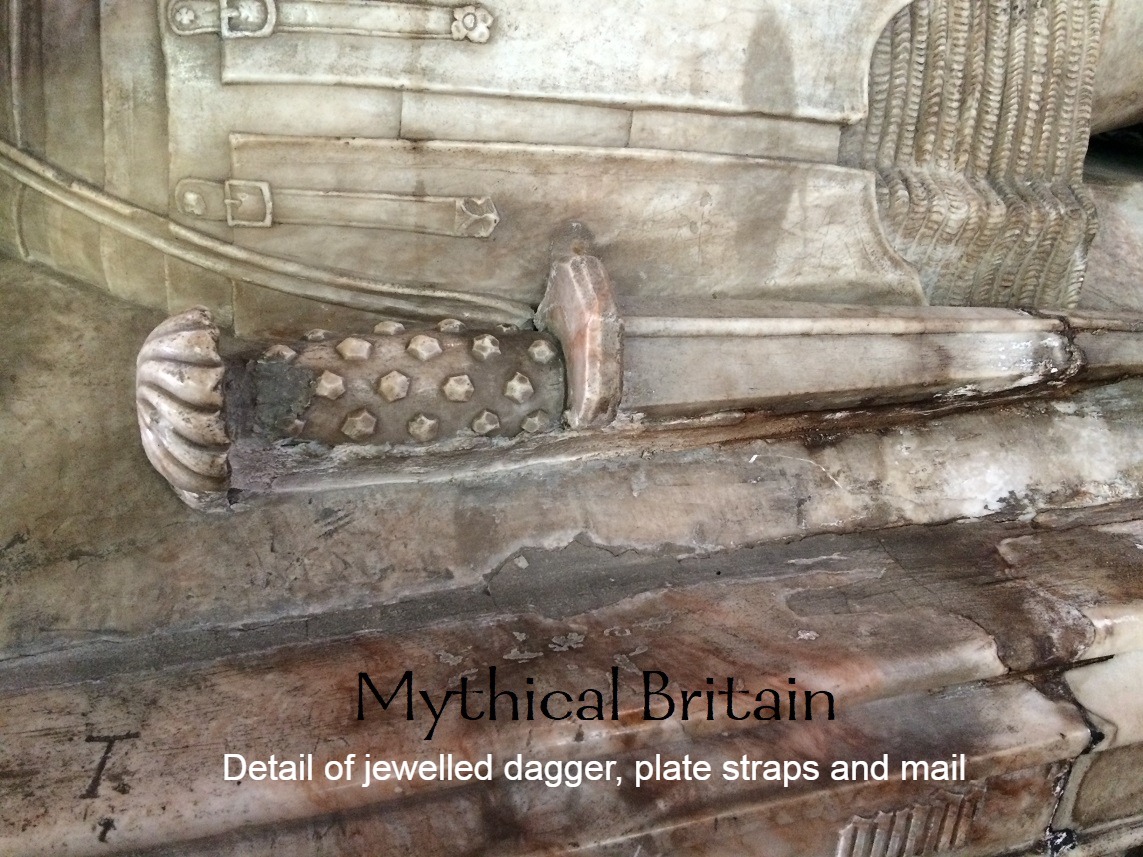 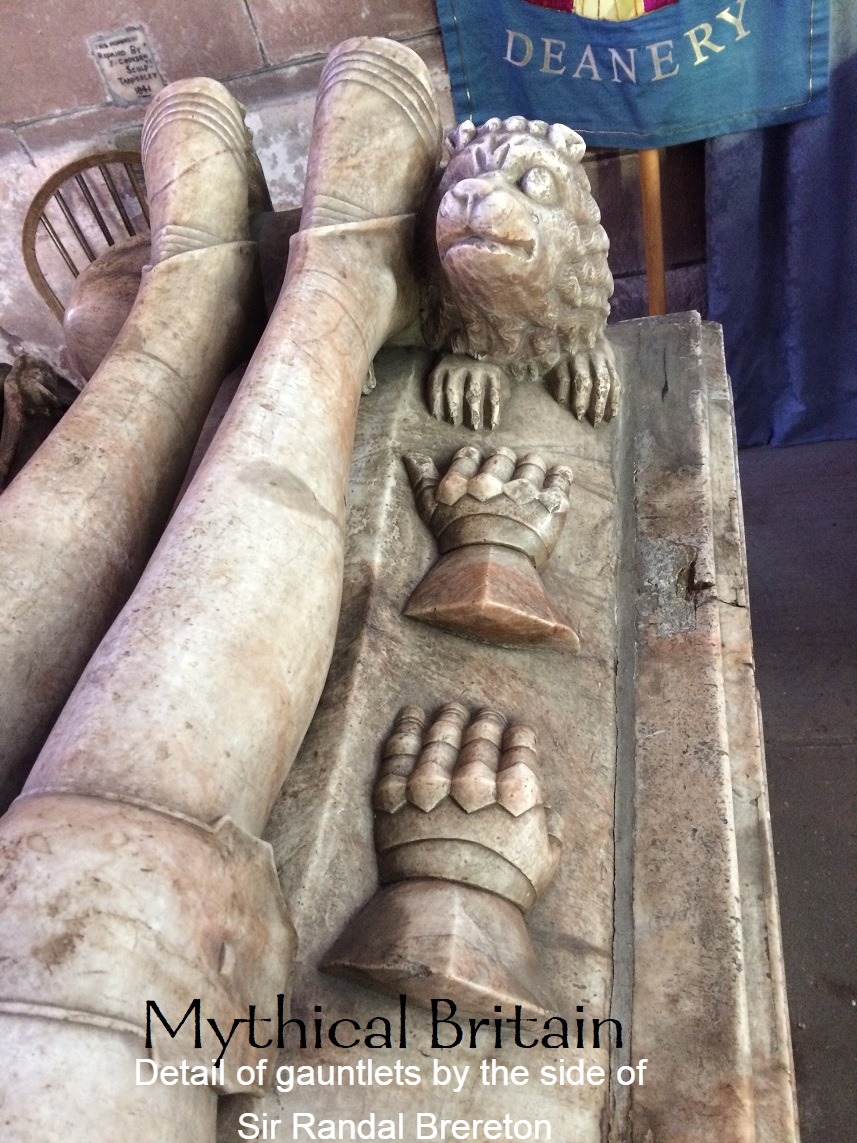 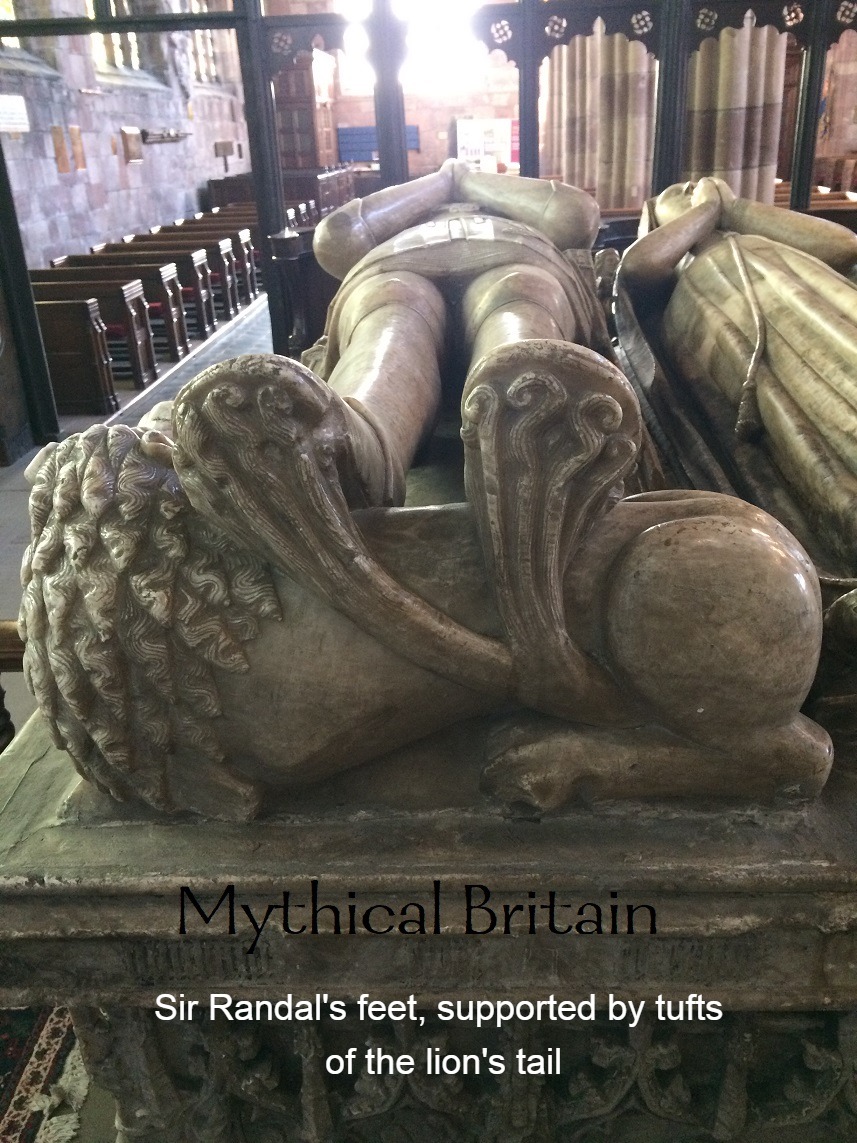 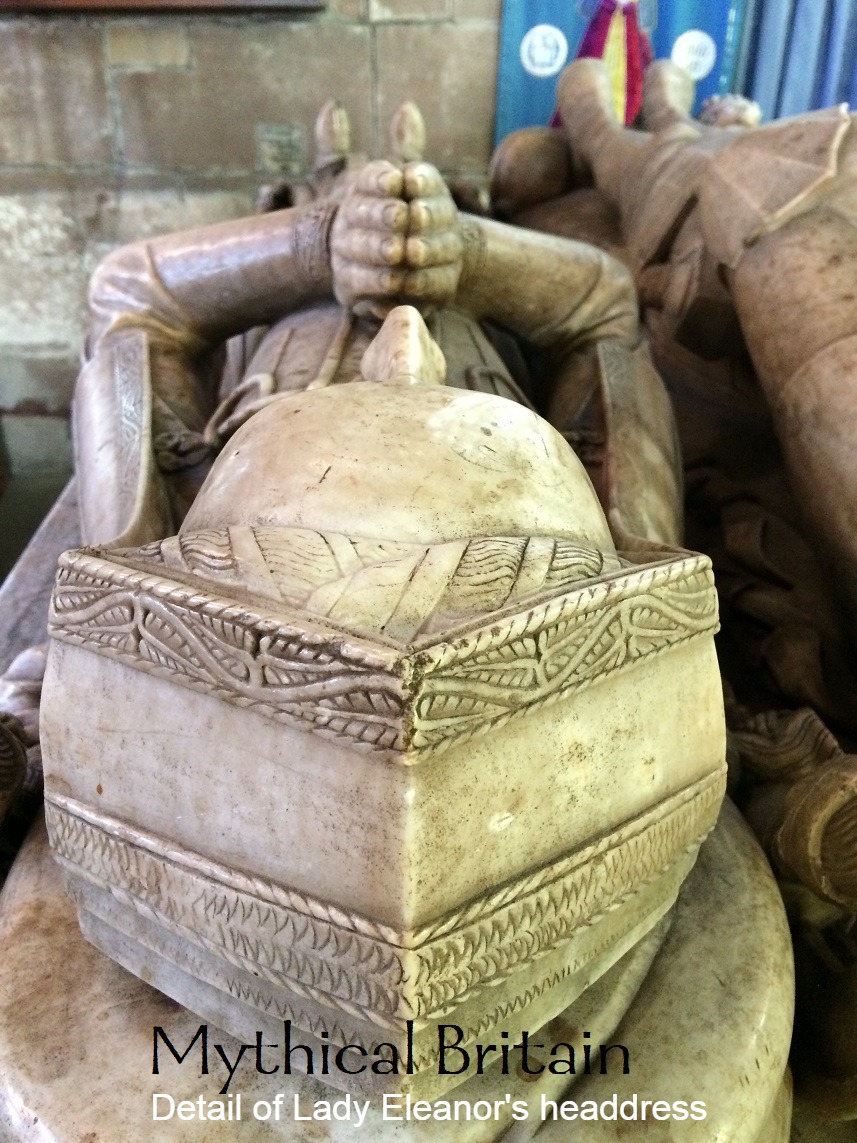 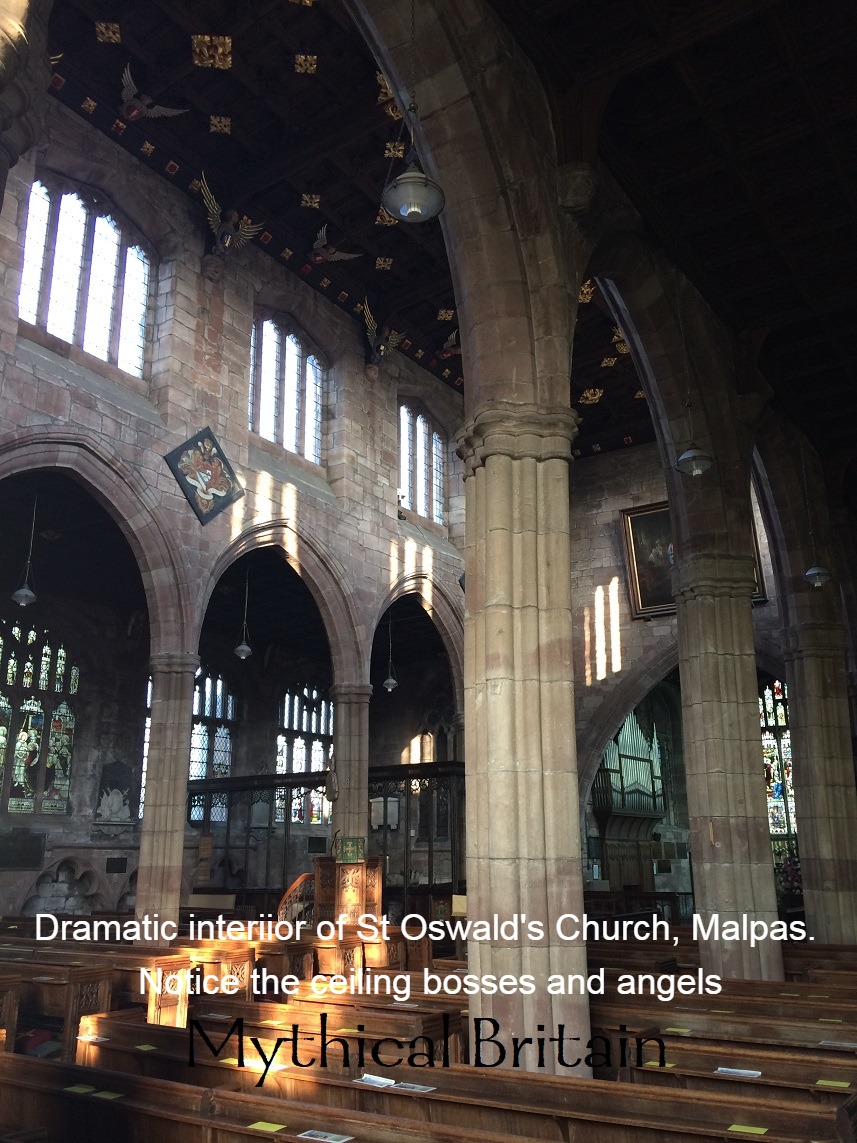 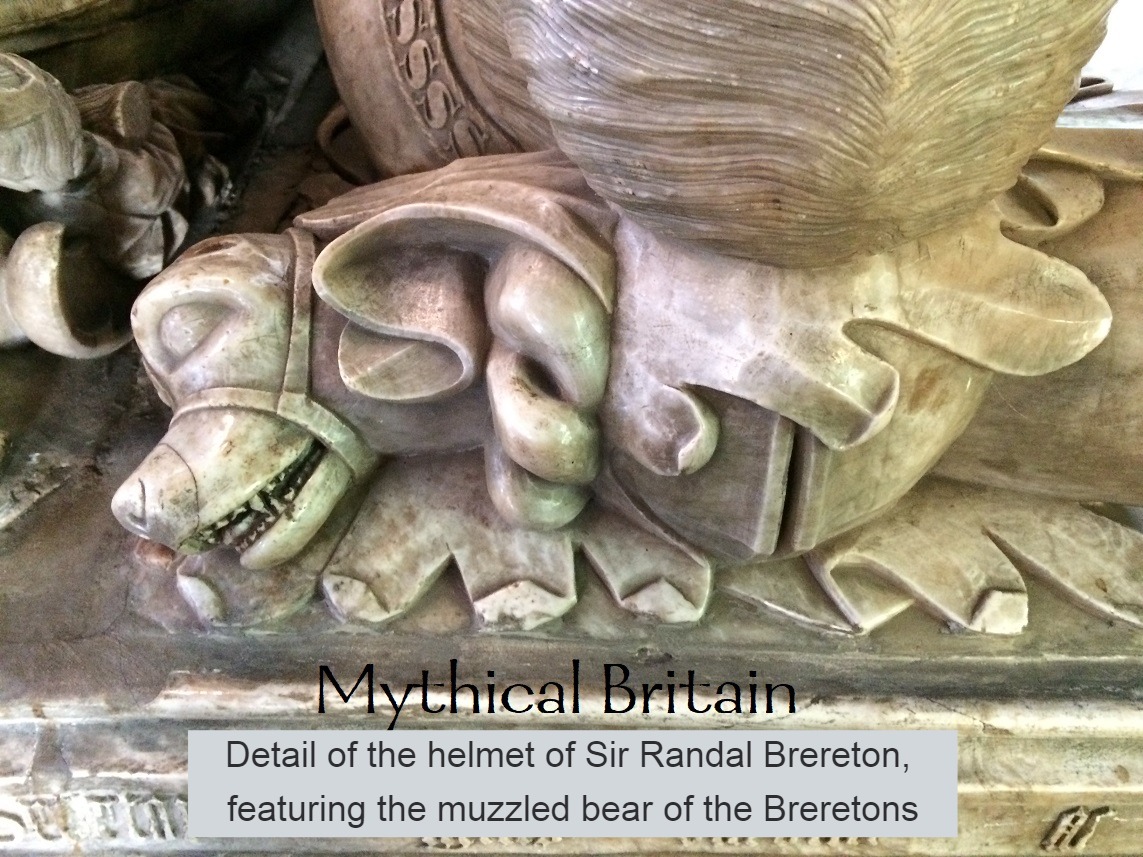 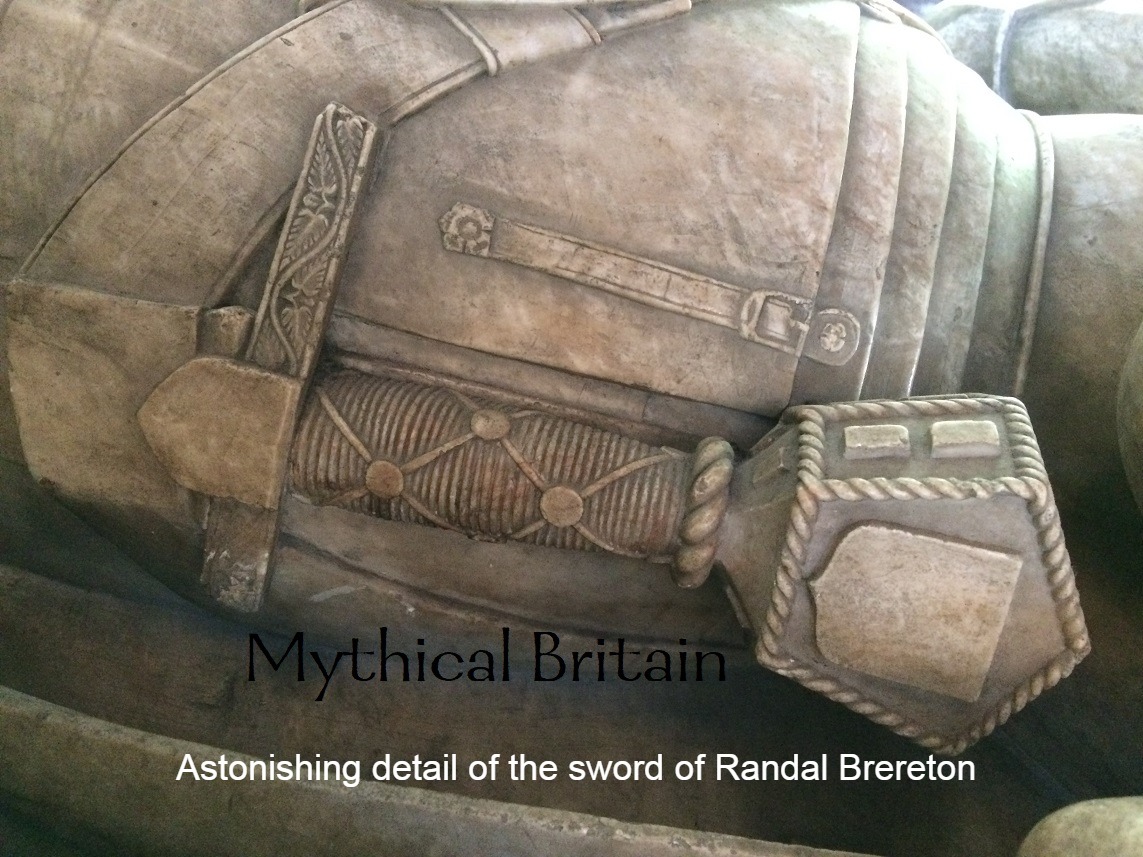 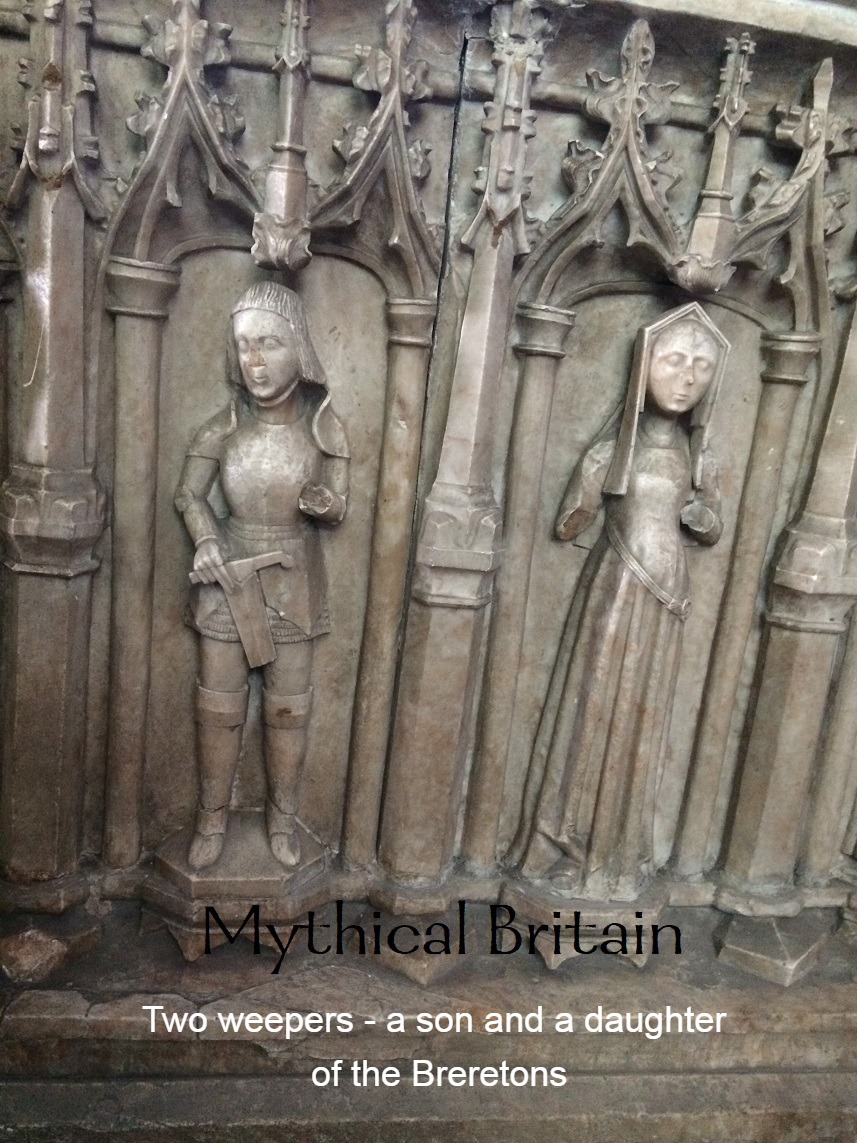 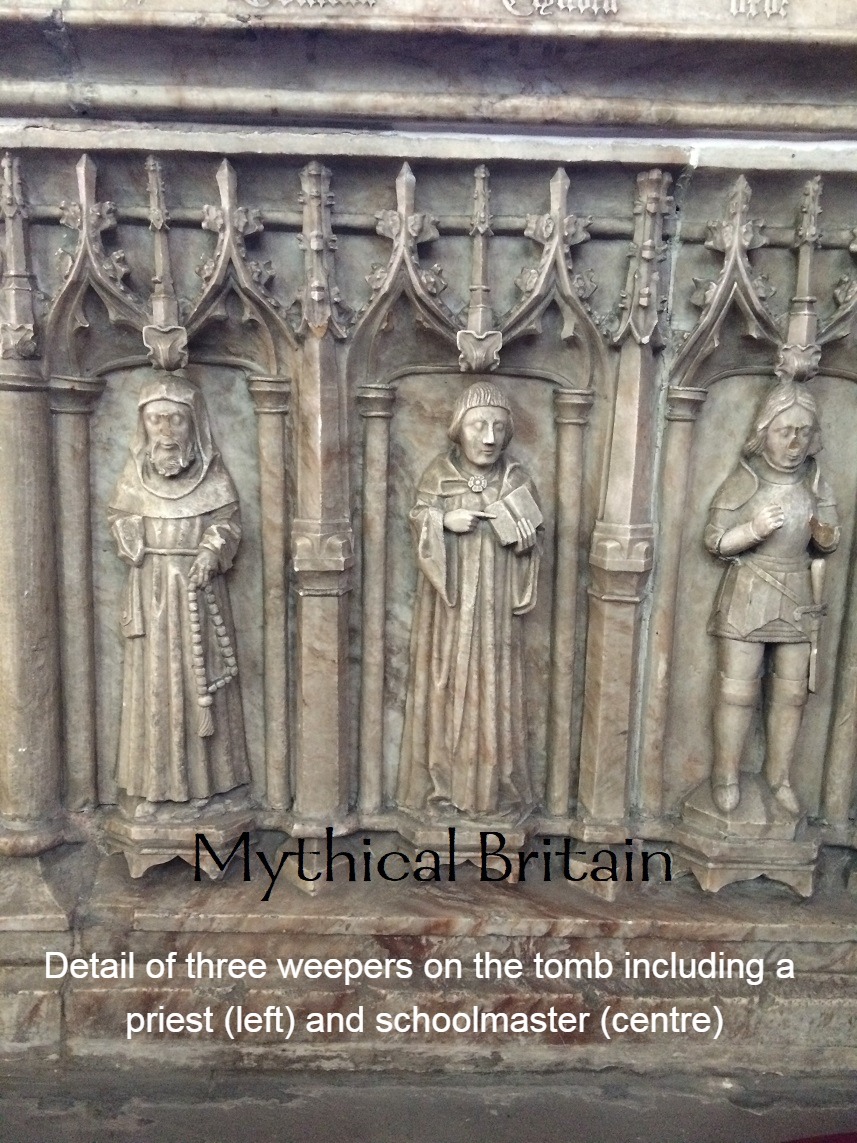 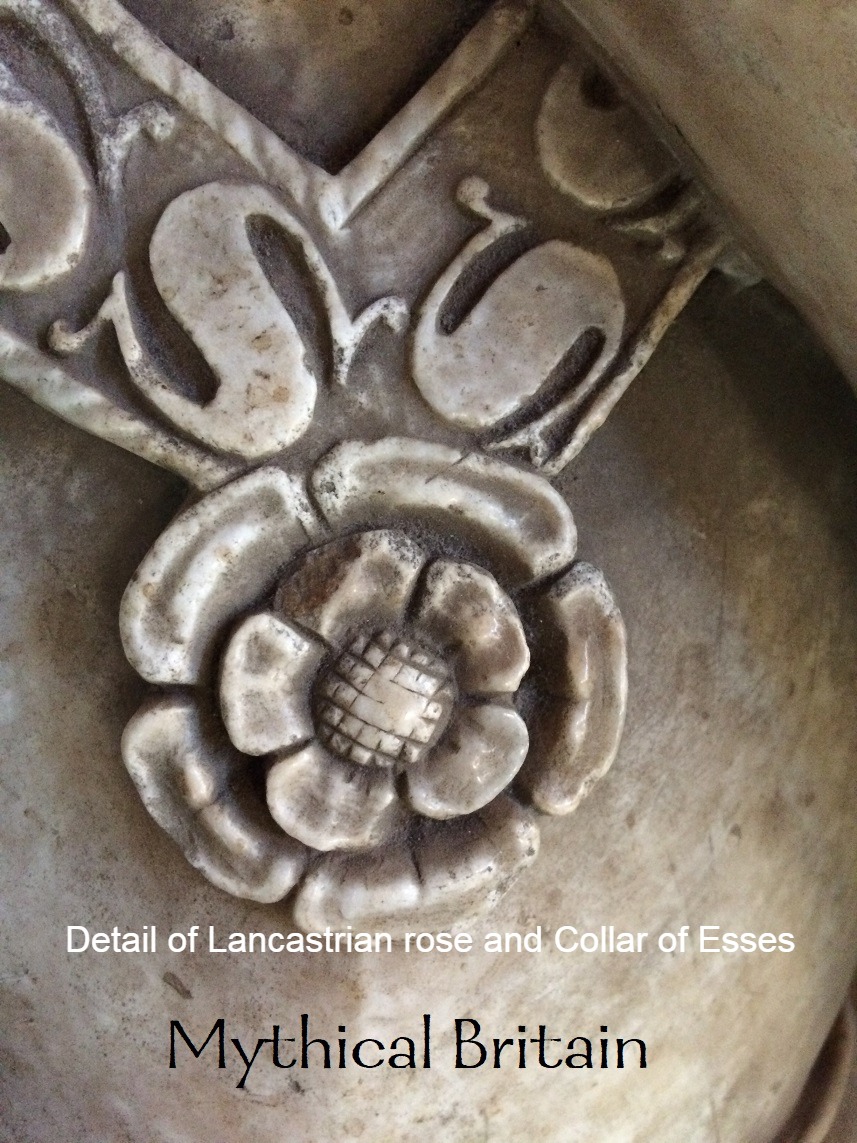 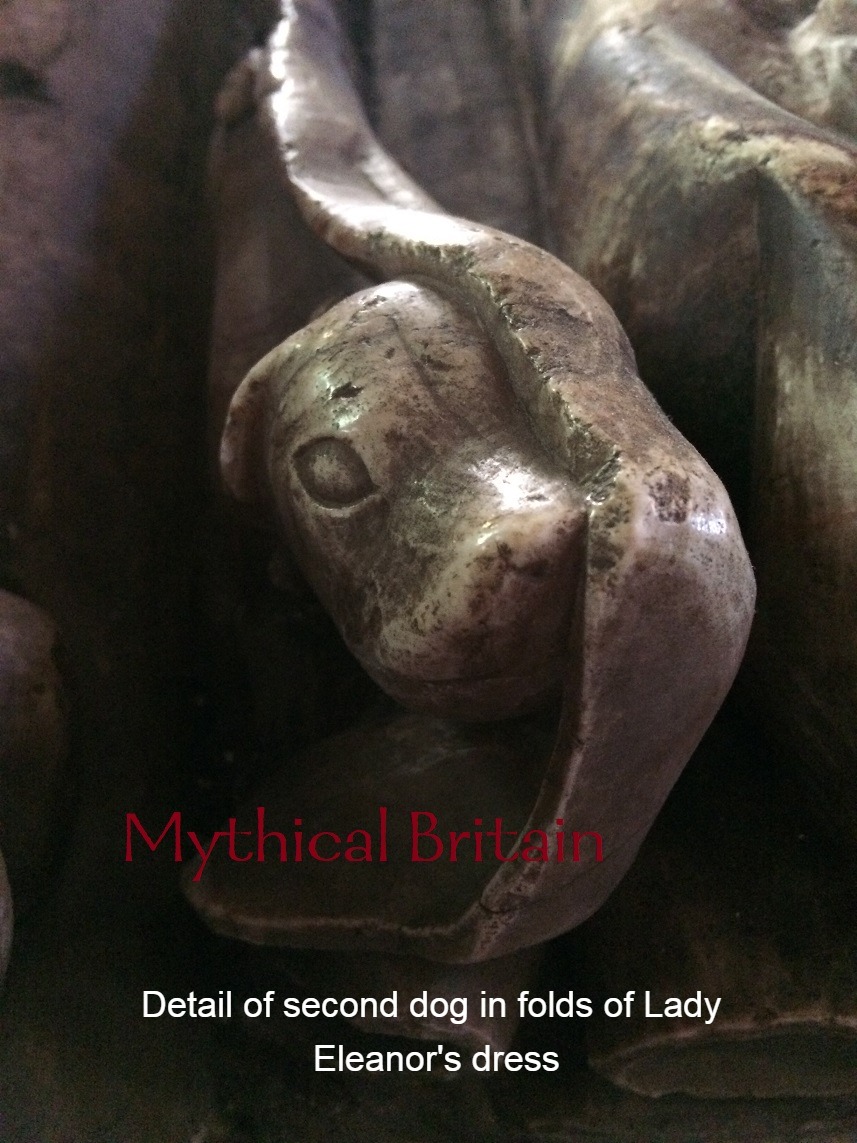 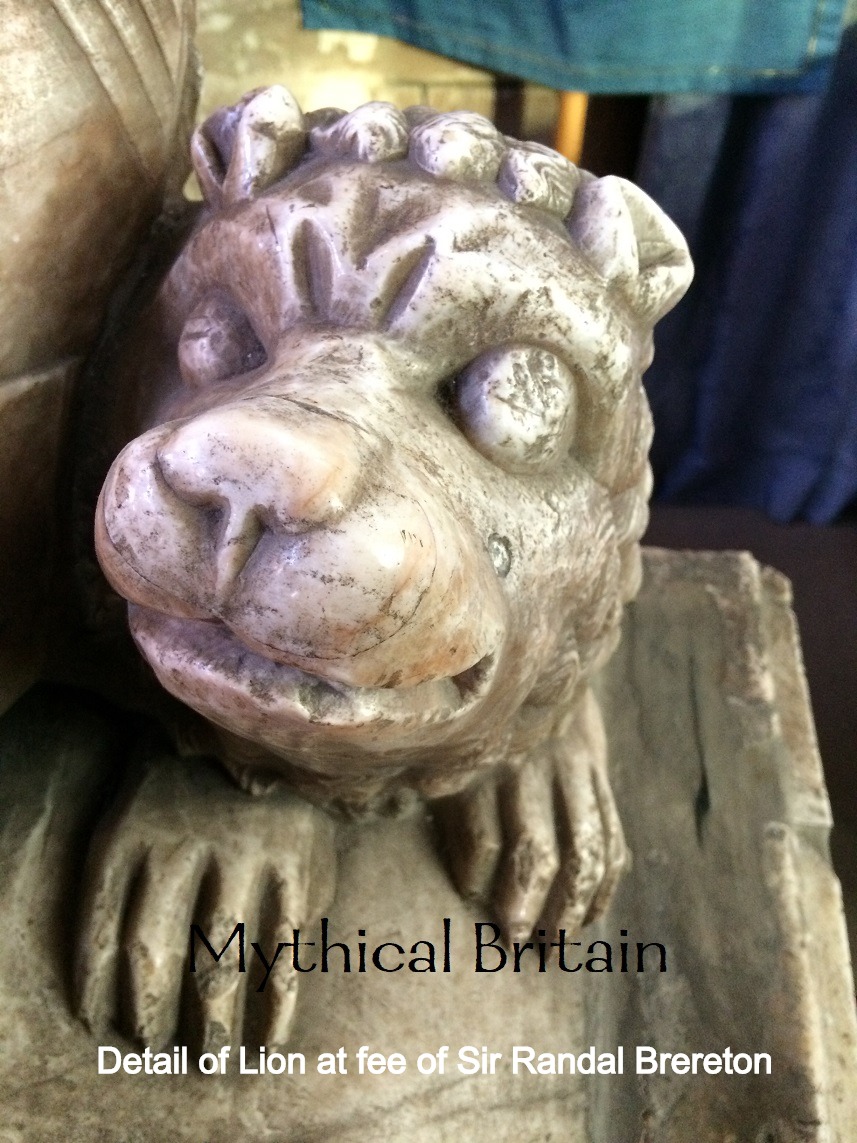 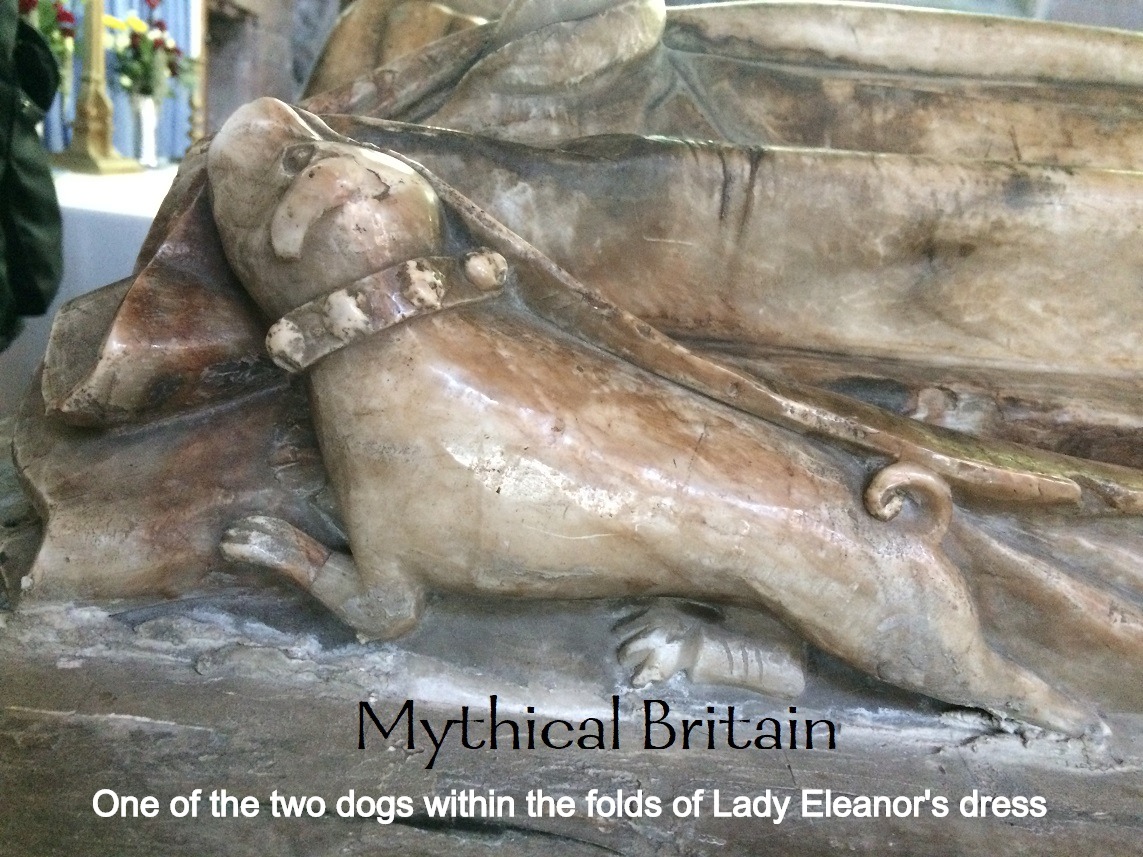 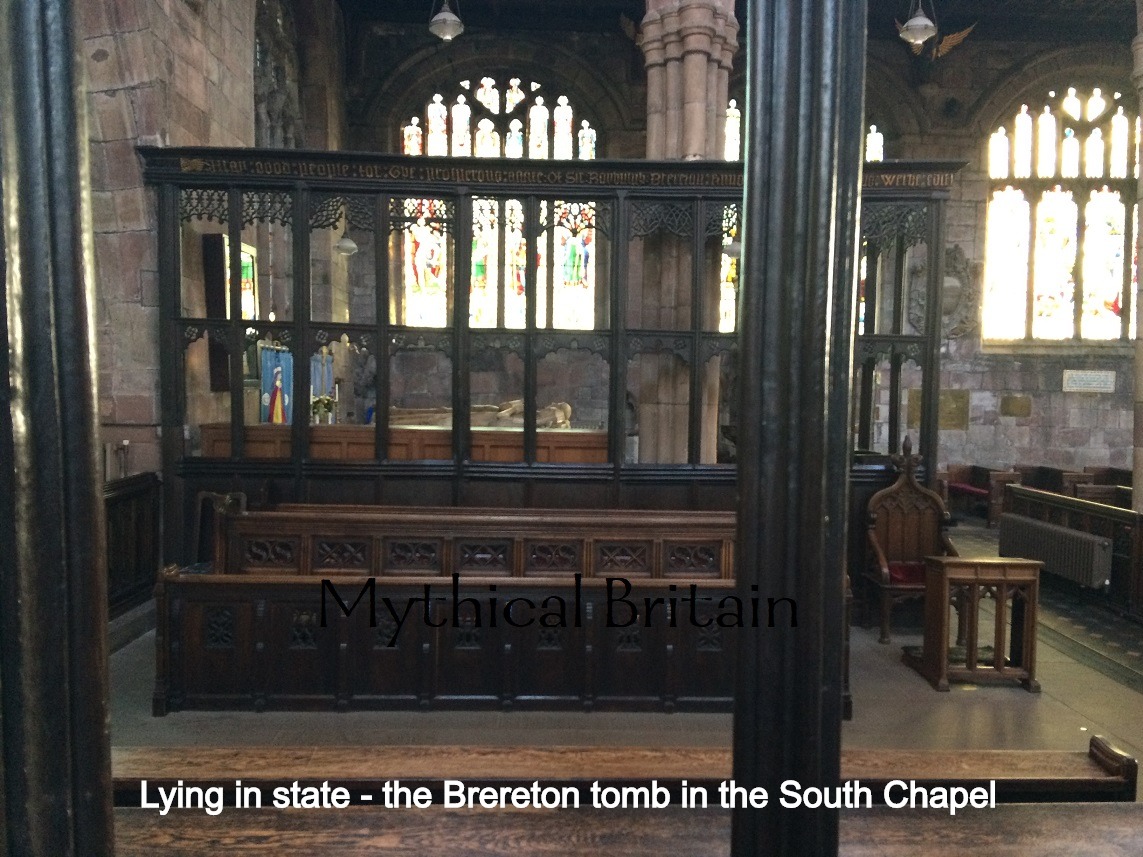 Bolingbroke Castle, Lincolnshire - a wonder in the fens